Skip to content
Posted inNasal Dilators
Posted by By zz Help May 5, 2022No Comments 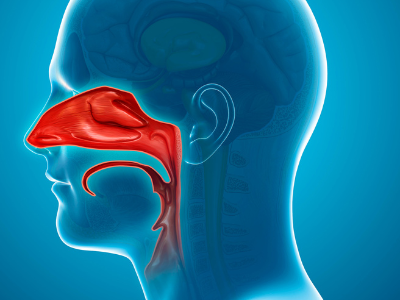 Clip Air internal nasal dilators is a device that helps to reduce nasal obstruction to increase airflow to the lungs by opening nasal airways. designed to improve sleep or the problem of a deviated septum.

These Medical grade nasal dilators reduce snoring and improve nasal airflow by expanding the nasal valve, it also reduces the risk of sinus infections and is better than any external nasal device or surgical intervention.

If you have persistent phlegm, difficulty in breathing, or a cold, then it can also be a sign of a specific problem related to the nose. Know what experts say about this.

During the time of Covid-19, many other problems related to the nose have been unknowingly ignored. While there are some problems, whose treatment is possible, despite this people do not know about them for a long time. One such problem is what we call deflated nasal septum or deviated septum. Sometimes this condition becomes so severe that it causes bleeding from the nose.

What is deviated septum ?

This is a problem related to the nasal membrane. There is a thin wall (nasal septum) in the middle of the nasal passages, which is located between the two nostrils. In the deviated septum, it slides and gets displaced to one side. Due to this, other nostril become small or closed.

This can block the nose on one side and reduce airflow. Which causes difficulty in breathing. Sometimes it also causes bleeding from the nose.

What are its symptoms?

Blockage on one or both nostrils – A blocked nostril can make breathing difficult. Especially when there is a cold or any kind of allergy.

Nosebleeds – Due to this, the inner part of the nose starts drying, which increases the risk of nasal congestion.

Pain – Due to this pain can also occur in one part of the face. The reason for this is the pressure that builds upon the inner surfaces of the nose.

Snoring – Inflammation of the deviated septum in the intranasal tissues or can cause snoring during sleep.

Compulsion to sleep on one side – Some people sleep on one side to keep breathing properly at night. This compulsively causes pain in one shoulder, neck, and back, difficulty in changing sides, and muscle stiffness.
This may interfere with sleep.

Why does it happen?

This problem occurs when the middle membrane that divides your nostrils slips to one side. The reasons for this may be different.

Congenital – In some cases, this part is deviated during fetal development and is detected at birth.

Injury to the nose– This problem can also happen due to sports injuries.

In general, the aging process can affect the structure of the nose. Due to this sometimes this situation can become even more worrying.

Rhinitis – Inflammation of the nasal cavities or sinus cavities can also be the cause of a deviated septum. As a result, there is an obstruction in the nose.

Is it possible to treat it?

Yes, it is possible to treat it. There are two goals during its treatment – 1. management of symptoms and 2. to bring the nasal curtain in position.

The first is the management of symptoms. To deal with this condition, the first and foremost thing is to manage the symptoms. For this –

Its frequent and continuous use can lead to dependence, which can make symptoms worse. Oral decongestant has a stimulating effect. This can make you nervous as well as increase your blood pressure and heart rate.

Antihistamine drugs – Help to prevent allergy symptoms, which are effective on both a blocked or runny nose. They can also help with non-allergic conditions that sometimes accompany a cold. Some antihistamines can cause sleepiness. This can hinder driving and other routines.

Surgical repair – The veil can be installed in the center by a method called septoplasty. Surgery is recommended much later when the management of its symptoms seems difficult. For this it is necessary to consult a specialist doctor.

Nasal Dilation Clip, Its uses and How to buy it online?

No comments yet. Why don’t you start the discussion?